Akio Nagasawa Gallery Aoyama in Tokyo is pleased to announce the opening of “Hommage à Alaïa,” an exhibition of works by Aurore de La Morinerie. On display are original drawings for fashion designer Azzedine Alaïa and his brand ALAÏA. This exhibition (11/29/2018 – 2/23/2019) combines works for which she printed monotypes originally made for Azzedine Alaïa onto Japanese washi paper, as well as works that were previously shown in the ”Azzedine Alaïa” exhibition at the Palais Galliera Musée de la mode de la Ville de Paris in 2013. All items on display are shown for the first time in Asia. In conjunction with the exhibition, the book Hommage à Alaïa will be published as a limited and numbered edition of 900 copies. Next to works shown in this exhibition, the book features a text by Olivier Saillard. 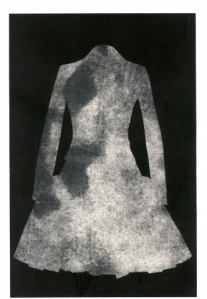 French artist and illustrator, Aurore de La Morinerie graduated as a fashion designer from the Ecole supérieure des Arts appliqués Duperré, in Paris. At the same time, she attends class of calligraphy and Chinese painting during several years.
Her success as a fashion illustrator is confirmed in the beginning of the 1990’s. She works for Hermès, Alaïa, Chanel, Cartier, Omega, Maison Martin Margiela, Rick Owens, H&M, Aesop, Lancel, Tiffany, Nieman Marcus and Le Printemps department stores… And is a regular contributor to French newspaper Le monde and its weekly supplement issue, the New York Times T Magazine, the American and British issues of Harper’s Bazaar, French ELLE, AD, …
She has been represented by the Gallery Bartsch & Chariau, Munich, till 2018.
She took part to fashion illustrations exhibitions at the London Design Museum in 2010, and Hamburg Kunst und Gewerbe Museum in 2015.In 2011, the Musée de la